If witnessing of the spirit is true, it means that the spirit is physically presence. Those who do not believe the existence of the spirit try to deny it as illusions, an hallucination, a misunderstanding or a lie. Their
objections is right?
The illusion is that you don't see it, but you think you saw it. And you do not see a spirit. The hallucination is that you see the spirit, but it is an image created by the brain and there is no spirit in reality. If it is a misunderstanding, you look at another things and do not see a spirit. If it is a lie, witnessing of spirits is not true.
This time, I will examine whether witness of spirits is an illusion. Optical illusions include inattentional illusions, emotional illusions, Pareidolia, physiological illusions, or misunderstandings. Let's look at each.
Inattentional illusions
When you're not careful, make mistakes. Misreading, misunderstanding, etc. A man saw ears of pampas grass at night. He think it as a ghost. One considers a ghost picture to be a ghost at night. That is Inattentional illusions. But the psychic sees the spirit for many minutes. It is not a Inattentional illusion.
Emotional illusion
When you are extremely afraid of it, you look at another things. But you assume that it has appeared.When people walk on the dark scary corridors in a Western mansion, he considers dark shadows as a ghost. The average person will have such an emotional illusion. However, this is not the case for psychics who get used to the spirit and do not be afraid.
Pareidolia
It is to find patterns in random data. People thinks clouds, rocks, and wall is spirits or angels. Many of Japaneses psychic photographs are this type except composite photos. Dolls and pictures of any material are not spirits. Most pareidolia is not witnessing the spirit.
Physiological illusion?
People see somethings that are not in geometric patterns. It is not drawn. The illusion figure is famous. Two identical things that look different in length. You can see black spots that should not be there. However, there is no illusion that shows a human(ghost) image.
Objection against illusion
The phychic is used to the spirit. He often sees spirits in the air for minutes. It is not a pareidolia because there is no pattern in the air. It's not an inattentional illusions because he watches for minutes. It is not an emotional illusion because he is not afraid of the spirit. It is not a physiological illusion because there are no geometric patterns in the air. That case is not an illusion.
Summary
Ghost photos, ghosts of rocks and walls and cloud are pareidolia. The sighting of an uninspired person may be an illusion of Inattentional or emotion. They do not see spirits. But the spirit that the psychic sees in the air is not an illusion. It is a hallucination, a true sighting or a lie. 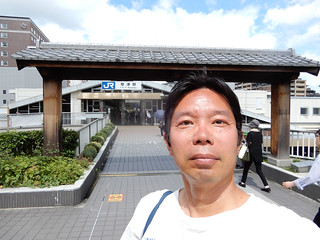